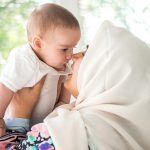 Patterns of international adoption have changed with the overall numbers of inter-country adoptions declining over the years. And now the age at which children are being adopted tends to be older. This means that they will have spent more time in orphanages or foster homes before coming home. (Approximately 88% of children who were adopted internationally have spent time in institutional care). Adoption can help to overcome the early adverse effects of orphanage care as children get used to their new, enriched environment. And children who are internationally adopted show a remarkable resilience when it comes to language development. The research talks about ‘a spectacularly rapid acquisition’ of their new home language, for most children.

When your child comes home they experience a period of rapid change.  They’re now exposed to new people, new climate, new home, new routine, new food etc. As well as this, they’re exposed to a new language: the language of the home which is usually not their mother tongue. So they have been exposed to their mother tongue up until they come home and then their exposure to the home language stops abruptly. It’s replaced with exposure to the new language. (This is called a second first language. Your child is learning a first language for the second time). This is a unique language learning situation. Before they have fully learned their mother tongue, exposure to it is stopped and then it’s replaced with a new language. And they tend to lose their mother tongue quite quickly due to lack of exposure in their new home. Children are wired to communicate and acquire language so it makes sense that this would happen. The purpose of language in early childhood is to form connections with loved ones and to communicate your needs. And at the same time as your child is getting used to their new environment and learning the new language, they’re also engaged in forming an attachment with you.

Language and communication play an important role in the development of this attachment. The way in which you respond to your child’s bids for interaction (either verbal or nonverbal) can influence your child’s feelings of security in his/her environment. Being a tuned in communicator, using both words and nonverbal communication like facial expression and gestures, help form your attachment with your child. (We’ll show you how to do this in the last post in the series.) People’s experiences vary. Some parents have found it easy to form an attachment while others have found it more difficult when they don’t share a common language with their child in the early period after their child comes home.

So, you might be wondering what happens to language development in children who are internationally adopted? It’s quite confusing as there’s a lot of variation between the studies. One recent synthesis of the research so far came to these 10 conclusions:

Here’s what else the research evidence says so far:

The research is confusing because each study asks different questions, uses different methods to measure different things, and involves small number of children who have widely varying pre-adoption experiences and has varying findings. And countries differ in terms of the quality of institutional care and their economies. Both of which can affect outcomes. For example, there is research showing that children adopted from South Korea and China tend to have better outcomes than children adopted from countries in Eastern Europe and Latin America. And children raised in foster homes tend to have better outcomes than children raised in orphanages.  So one source says that it’s important to remember that there is a subgroup of children who are adopted internationally who have significant language delays or difficulties. This subgroup is larger than what you find in the general population of non-internationally adopted children. And another study found that three years after adoption, that the percentage of children with language or speech delays matched estimates for what you’d expect in the general population of children being raised by biological parents. And there is still a lot more research to be done to really understand language development for these children.

When most children are brought home, they may have language delays, but they quickly make gains due to increased exposure to the new language and more opportunities to put their language to good use in conversations and through play. Of course, children’s language abilities will vary and more research needs to be done to understand their language development better. But the good news is that the majority of children who are internationally adopted, when given enough exposure and meaningful communication opportunities in the new home language, make remarkable language progress especially in their first year home. For children who are adopted before age 2, the language transition is smooth with most children eventually developing speech and language skills that are average for their age. And rapid gains are made in the first two years after they come home. Older children may take longer to catch up as they have more catching up to do. But there are lots of gaps in the research.

However, there are some children who will experience speech and language difficulties and may require intervention and support. In general, children who were adopted internationally at an older age are at a greater risk for a range of difficulties. (Older meaning after 12 months of age) Although older children may have more advanced cognitive development, they also have more ‘catching up’ to do in terms of language acquisition in order to reach the same level as their peers. Children adopted at older ages may be at an increased risk of speech and language delays, due to spending longer in institutional care. But again, the research is not conclusive that this the case in general. And some studies have found that three years after adoption, age of adoption did not influence children’s performance on speech and language measures. Most of the research tends to focus on children adopted before age 2.

The bottom line is that children who are adopted internationally, need time to develop their new language. And most of the children do well when it comes to language development. It’s important to pay close attention when they start school as they may start to experience language problems as the language demands of school increase.

In the next post, we will focus on the questions you can ask before you go to bring your child home so that you can get a sense of their early experience and their current language ability in their in their first language.

Are you the parent of a child who was adopted internationally? We’d love to hear your story so be sure and leave a comment below.

If you like this post, please pass it on to your friends! And if you haven’t already, be sure and sign up to get the next two posts in the series.

Glennen, S. (2014). A longitudinal study of language and speech in children who were internationally adopted at different ages: Outcomes and assessment guidelines. Language, Speech, and Hearing Services in Schools 45: 185–203

Julian, M. M. (2013). Age at adoption from institutional care as a window into the lasting effects of early experiences. Clinical Child and Family Psychology Review, 16, 101-145.