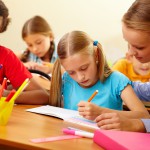 You’re a parent who is a minority language speaker while your partner is the majority language speaker. Your child has been identified as possibly having speech and/or language problems and you agree that there is a problem. Your child has been assessed by an educational psychologist and the school teacher is also concerned. Both the educational psychologist and the teacher have told you to stop speaking the minority language to your child. You’re waiting for speech and language assessment or you’re in the assessment process. This post is for you. This post is also for you if your child has already received a diagnosis or label of some sort. It contains what you need to know and what to say and do in this situation.

It starts with being informed about the facts of being bilingual and having a speech, language, or communication problem. This is important so you can feel confident that you’re right to continue speaking the minority language to your child. And at the start it’s also important to remind yourself that it is not the teacher or psychologist’s place to dish out this wrong advice. It can be hard to resist the authority of the professional, but it’s simply the wrong advice. Speech, language, and communication are the remit of the speech and language therapist/pathologist. Now if the SLT tells you to drop a language, they are also wrong and there is no evidence to support this misguided advice. In fact, there is evidence to suggest that dropping a language can have negative consequences for the child.

Most children (monolingual and bilingual) develop speech, language, and communication without any problems. There is a subset of children who do present with problems in their speech and language development. These problems may negatively impact on social interactions and cognitive development in the early years and may affect reading and writing and learning in school. Most of the following information is from Kathryn Kohnert’s excellent book on language disorders in bilingual children and adults. She is one of the well-known and respected academics in the area. I’ve listed the other sources at the end of the post if you want to read in more detail.

About 15% of otherwise typically developing 2 year olds don’t say their first words at about 12 months or several hundred words and many 2 word combinations by 2 years. (2 word combinations are things like my doggie, Mummy gone, Mummy home)

Late talkers don’t yet have a minimal core vocabulary of 50-100 words and do not produce 2-3 word combinations by 2 years of age. Because typically developing children usually show a rapid increase in understanding & producing words at this age, the most obvious thing about 2 year olds with a language problem is their limited talking or word use.

About ½ of the Late Talkers will catch up to their peers by age 3 without intervention and these children are called Late Bloomers.

The remaining half of Late Talkers are at risk for persistent delays & can benefit from early intervention to help with potential long term negative effects of the underlying problem.

Late talkers at greatest risk for persisting delays appear to have problems with understanding as well as producing language; a family member or members with language or learning disability, limited use of natural gesture and symbolic play skills (feeding teddy, taking teddy for a walk, pretending a saucepan is a drum) and more frequent or lasting occurrences of otitis media or glue ear.

Between the ages of 3 & 6, children’s language dramatically increases. For children with language problems, sentences are likely to be shorter, less grammatically complex, or produced with grammatical errors.

In fact, regular experience with 2 different languages has been linked to some social and cognitive advantages. Unfortunately this message still hasn’t got out there! For example, a global study by Jordaan in 2008 found that 87% of the SLTs surveyed advised parents to speak only one language to their child.

There’s very little information available yet on the extent to which bilingual children experience disorders of communication but the general assumption is that it would be about the same as monolingual children which is 5-10% depending on what you read.

There can be some additional risk factors for some bilingual children like not knowing about what services are available, not enough support for both languages, and the limited clinical competencies of professionals to adequately assess or treat bilingual children. Some immigrant families may have experiences that can worsen the negative effects of language problems such as poverty, low home literacy, or family instability related to immigration history and/or income.

The available research indicates that children with speech & language problems can and do learn two languages given sufficient and enriched opportunities in each language. Children with autism, Down Syndrome, cochlear implants, Foetal Alcohol Syndrome can learn 2 or more languages if they are given meaningful and continuing opportunities in both languages.  There is still a lot of research to be done but the evidence so far indicates that children with language problems can and do become bilingual. Once again though, this fact is not yet part of mainstream thinking.

It’s also important to remember that languages differ in many ways. So, for example in English the subject comes first in the sentence (I love chocolate) but in Irish the verb comes first (Is maith liom seacláid). This means that language problems may look different across the child’s languages especially when it comes to grammar. It’s also important to remember that children who have language problems whether they are monolingual or bilingual, tend to have trouble with things like speed of processing, fine motor sequencing (rapidly tapping their fingers, stringing beads), working memory, attention and so on. Accurate assessment is obviously really important. (I’ll be writing a post on that soon so be sure to sign up to read it).

So, why is telling a parent to drop a language wrong?

There are four main reasons according to Kathryn Kohnert and I think she makes a compelling argument:

The evidence? I’ve listed the sources of the information in this post at the end if you’d like to read further.

Hopefully this post together with the earlier one with 12 strategies for dealing with health care professionals and the wrong advice will support you and your bilingual family.

If you want to find out more about speech, language, and communication assessment and intervention for bilingual children, be sure and sign up to get the emails.

If you liked this post, please pass it on!

Restrepo, M.A., Morgan, G.P., and Thompson, MS. (2013).  The efficacy of a vocabulary intervention for dual language learners with language impairment. Journal of Speech, Language and Hearing Services in Schools 56: 748-765.