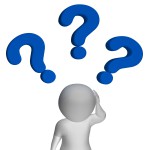 Recently I had a very upsetting experience in one of those soft play places where another mother essentially said that I was a bad mother because I wasn’t keeping a constant hawk eye on my boisterous & sometimes bolshie 6 year old….

When I had recovered from the shock of feeling judged and reprimanded by a complete stranger in public, I did realise that lately, I have kind of taken my eye off the ball or gotten a bit lazy- issuing empty threats that I had no intention of following through on, using arbitrary rather than natural consequences to get the behaviour I desired, and expecting emotional maturity beyond her age…Hmmmm-does this make me a bad mother? It took me a while to realise the answers was ‘No’. It makes me a human mother trying to balance working full time and parenting consciously.

Of course I had a book in the pile that came to my rescue at the same time! It’s called No Drama Discipline by Daniel Siegel & Tina Payne Bryson. And it is definitely a very different angle on discipline.

So they say (and I think it’s fair comment) that when we think of discipline, we tend to think of punishment and consequences, but the word actually means to teach or to lead. As in the person receiving the discipline is learning through instruction. According to Siegel and Bryson, ‘Punishment may shut down a behaviour in the short term, but teaching offers skills that last a lifetime.’

For sure, our children need to learn skills like inhibiting impulses, managing big challenging feelings and thinking about the impact of their behaviour on others.

The 2 primary goals of no drama discipline are:

To get our children to cooperate and do the right thing

Coaching our children in ways that help them to develop skills and the ability to resiliently handle challenging situations, frustrations, and emotional storms that might make them lose control.

We want to help them develop self-control and a moral compass, so that even when authority figures aren’t around, they are thoughtful and conscientious. When we use the ‘If you don’t stop that now, there’s no X later’ approach, they’re smart enough to ‘behave’ when we’re there. But we’re not there all the time! So this approach is about helping children grow up to become kind and responsible people who can enjoy successful relationships & meaningful lives.

The essential message for children in their approach is:

No matter how ‘bad’ you are I am here for you and I will guide you through.

It’s about saying ‘No’ to the behaviour but ‘Yes’ to the child. It is a relationship-centred approach where the relationship is critical to guiding the child and helping them to make better decision and choices. It’s all about responding rather than just reacting or operating on auto-pilot. Intentional or conscious parenting basically. Which realistically, we can only do in fits and starts when trying out the approach. It’s not easy!

So in the next series of posts, I’m going to set out the elements of the approach for you, focusing in particular on the fine details of how to actually do it.

When your child misbehaves, they suggest you pause and ask yourself: Why, what, how? I think the pausing by itself is great- a few deep breaths and I’m less likely to snap or raise my voice.

The tone of the question is important. When we approach the question with curiosity we can often understand what they were trying to express or attempt something but simply didn’t handle it appropriately. If we understand this, we ourselves can respond more effectively & compassionately. You can ask yourself:

I wonder why she’s having a hard time right now? Why did she hit me? Is she hungry, angry, tired, wanting attention, lonely etc? (HALT)

#2 What lesson do I want to teach in this moment?

The goal of discipline is not to give a consequence. We want to teach a lesson- whether it’s about self-control, the importance of sharing, acting responsibly, time management, being kind. It might be that hitting is not okay or that we don’t shout in the library. You want our child to learn that there are lots of appropriate ways of expressing big feelings.

What do I want to teach her right now?

#3 How best can I teach this lesson?

The No Drama Discipline approach is all about putting the relationship first. This doesn’t mean accepting unacceptable behaviour or being permissive. One of their catch phrases is Connect before you direct. So instead of giving unrelated consequences, instead, you pull your child close to you or at the very least, put your hand on their arm and let them know they have your full attention. The first time you do this, they’ll be surprised! Then you acknowledge their feelings and model for them how to communicate those feelings better. So what would that be like? What would you say? Something along these lines:

It’s hard to share. You really want to play with both of those toys by yourself. Is that right?

Now that your child knows they have your attention, you can talk and as they become calmer and able to listen, you can look them in the eye and explain that saying nasty things or hitting is never all right. Then you can talk about some alternatives like moving away, not saying anything if you can’t think of anything nice to say the next time you’re in the library. (If only I had remembered this yesterday at the library…..)

Another phrase they use in the book is teachable moments. So when your child is very upset, that is not the time to try and teach the lesson as their system is just overwhelmed physiologically. I had an incident recently with my daughter where we were getting ready for our night walk to see the stars etc and she would not put on her coat. So I said, we’re only going out with coats on. It was late in the day, she was tired and totally lost it and pushed me over on the ground and the natural consequence was no walk. This time I had just read the book so I was prepared! So I did the connecting- I said very little; just picked her up and held her as she sobbed her heart out and gradually she calmed down. Later that night when she was in bed, I asked her how she thought I might have felt when she pushed me over. This was the teachable moment and I could see her conscience playing out on her face; the little guilty look. That’s all your looking for according to Siegel and Bryson – a sign that the child understands the impact of their behaviour on others.

We also need to take into consideration their age and developmental stage and the context of situation to work out how we can most effectively communicate what we want to get across. There is no one-size-fits-all and we won’t get it right every time. But if we remember it, then it becomes another strategy to help us parent better.

Things to say include:

To the child: What could you do to make this right?

When you’re angry, where do you feel it in your body?

I wonder how Jemma felt when she heard what you said.

That’s a tough one. What do you think you should do to make things right?

No Drama Discipline encourages children to look inside themselves, consider the feelings of others, and make decisions that are often difficult even when they have an impulse or desire to do something else.

Another way to reframe misbehaviour is that misbehaviour is our child’s way of communicating to us what they need to be working on; things that have not been developed or specific skills they need practice at. At the moment, for my little girl, it’s sharing, giving way a little more, and recognising bids from other children as friendly invitations rather than threats that provoke defensiveness. Misbehaviour can also be an indication that the child is having a hard time dealing with what is going on around her and inside her- she needs help.

So that’s the 3 Questions- be sure and leave a comment below to let me know how you get on with them. And if you like this post, please pass it onto your friends.

The next post will be all about the Connect step of No Drama Discipline and how exactly to do it.