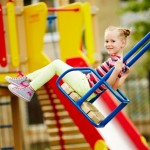 So this week’s post is about selective mutism and what’s called the silent period in bilingual children.

Kate got in touch about her little girl who is 4 years old. She has an older sister who is 6 years old. Their parents are native English speakers living in Germany. Both girls have attended kindergarten since they were 2 years old so they are sequential bilinguals; acquiring one language at home until they enter education where they acquire a second language. Abby, the youngest suddenly stopped talking in kindergarten a few months ago. She’ll happily speak German with her sister at home but not in the kindergarten. She talks happily at home with visitors. She communicates non-verbally in the kindergarten and is happy to go there every day. Her parents and the pediatrician are not too concerned but the staff at the kindergarten are very concerned. Kate wonders is selective mutism a possibility? Another possibility is what’s called ‘the silent period’.

The name ‘silent period’ of language development doesn’t mean that the child doesn’t talk at all. It means that they aren’t speaking in the 2nd language. According to the American Speech & Hearing Association (ASHA), when children first encounter the second language (for example in pre-school), they often focus on taking it all in; they devote time to listening and developing their understanding. This may be the first time they realise that their home language is not understood & that their 2nd language skills aren’t quite enough to communicate effectively. In terms of a time frame, ASHA talk about a few weeks or months for older children and for pre-schoolers, a year or more.

As they move through the silent period children may start to repeat words that they hear around them. For example, they might repeat phrases that they have memorised. Examples in English would be things like ‘What’s this?’ ‘Look at me!’ Then they may quietly start to produce new words and phrases before starting to speak publicly. The Hanen Centre say that children may use a kind of ‘formula’ first where they use a phrase that they have learned (like ‘I want’) and then they insert their own word at the end of the phrase. Gradually they become more and more fluent while still making some grammatical mistakes as they are missing some grammatical rules. So a child might say ‘I no want that’. Some of the mistakes at this point are just the influence of the first language. And then others are the same kinds of mistakes that monolingual children make as they acquire their language.

It’s hard to find recent information about selective mutism and as always, there’s variation in what you read. Here’s a summary of what I found in the research:

On one hand selective mutism is considered to be rare in some descriptions (about 1% of children who attend mental health services according to the DSM V (Diagnostic and Statistical Manual of Mental Disorders used by health professionals)). Or not as rare as once thought (7 in every 1000 children according to the Journal of the American Academy of Child and Adolescent Psychiatry). It’s described as a failure of the child to speak in at least one setting, while speaking normally in others and it’s considered to be an anxiety disorder. According to ASHA other symptoms include:
• not speaking interferes with school or work, or with social communication
• lasts at least 1 month (not limited to the first month of school).
• failure to speak is not due to a lack of knowledge of, or comfort, with the spoken language
required in the social situation
• not due to a communication disorder (e.g., stuttering)

So Abby would not meet these criteria, suggesting it’s more likely to be the silent period.

About 1/3 of children affected by selective mutism are bilingual according to a recent feature in ASHA (See the link below). The reasons children who are immersed in a new language environment are at greater risk for selective mutism are that they may have increased anxiety due to being in a foreign social and language environment. They may become socially isolated at school if they don’t speak the language. Children who are naturally inhibited or anxious may get stuck in the silent period as being silent becomes a habit that‘s hard to break.

It can be hard to distinguish between the silent period and selective mutism but the ASHA article I mentioned suggests it’s selective mutism when the child
• remains silent even after a protracted period of second language acquisition
• is silent at school in their native language as well as in the language of the school
• appears shy, overly anxious, or inhibited.

In terms of preventing problems in second language learners, here are 9 tips for teachers:

1. Find a speech buddy who speaks the same native/home language as the child and with whom the child
can communicate at school
2. Take the pressure off by keeping your own language simple
3. Be okay with the child responding in their home language
4. Make the environment warm, welcoming, nurturing, and supportive for the child
5. Allow the child to work 1:1 or in small groups to decrease communication anxiety
6. Don’t remand or require speech
7. Create early, meaningful opportunities for simple language expression. For example, teach just
one or two key words or phrases that the child can use early in the language-learning process,
and reward the child when they are used in a communicative context. The word “more,” for example,
can be used extensively during snack time to get more food or drink
8. Continue to build the child’s understanding of the school language to foster greater confidence
in using it.

Would you like your own question answered here? If so, just email me at marypat@talknua.com