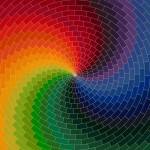 This week’s post is about language mixing in bilingual children. I had a question a while ago from a mother of two boys, one age five and the other a baby. The languages of the home are Swedish and English. Most of the people that the older little boy comes into contact with are bilingual too. His mum was looking for advice on how to help him separate out the languages and reduce the risk of his brother doing the same. Great question!

So the first thing to bear in mind is that bilingual children vary a lot in terms of the ages they acquire both languages- some children are exposed to two languages from birth while others are exposed to one language at home (maybe a minority language) and then acquire the second one in child care or school. They also vary in terms of the amount and quality of the exposure to the different languages and the setting where it takes place. They also vary in the amount of language mixing or switching that they encounter. And people’s attitudes to the mixing vary too. It bothers or worries some people and it doesn’t bother others! Complicated!

Basically mixing or moving between languages is totally normal for lots or bilingual people. It’s a natural feature of early bilingual language development in particular as language acquisition is a process that takes time. And some researchers argue that the languages are not really separate but inter-dependent because they share underlying cognitive processes of attention and memory and are stored as one system. Just to complicate matters, there are other researchers who argue that when both languages are acquired simultaneously, they’re quite separate although they do interact. What does this mean? It means that when you are bilingual, the languages do interact with each other. There are still lots of unanswered questions about how languages are stored and used in the brain.

Kathryn Kohnert, who is one of the big names in speech & language therapy and bilingualism, reports that being exposed to mixed language input does not seem to present a challenge to children who are developing normally. And it does not seem to delay language development either. Basically children will mix in proportion to the amount of mixing that they are exposed to.

From the young child’s point of view, they’re just interested in getting their message across and if mixing helps them, then so much the better from a communication point of view. This is the ‘any port in a storm’ approach!  For them, language is a means to an end- they just want to communicate! So if they lack the word in Swedish for instance, they’ll pop in the English one instead.

It’s also to be expected that children mix in the early stages of bilingual development. Generally, the switching isn’t random or ungrammatical. Very young children don’t speak the ‘wrong language’ or switch between languages with people who only speak one language. Children have been shown to be able to switch from one language to another with reasonable accuracy as young as 20 months of age-imagine!

In school aged children, the switching tends to happen more during casual encounters at home or between family members or friends at school but not so much during academic tasks at school which shows their awareness of social norms.

So what can this mother do? Here are 4 options:

I’m not a big fan of OPOL because from my point of view (and in the literature), it can violate natural principles of communication. Bilingual people switch between languages and a bilingual child needs to learn when it’s appropriate to mix and when it’s not. They learn this through participating in interactions with different people in different contexts e.g. grandparents, teachers, peers, neighbours, church and so on. A process of trial and error.

I prefer the idea of engaging in activities likes reading and singing that are naturally monolingual. And in relation to this little boy’s baby brother, it’s really important for parents to communicate in a way that feels natural to them especially early on as part of establishing a secure emotional connection between parent and child.

Some parents want to avoid mixing and others don’t. If you’re happy to mix, mix away! It might take longer for your child to learn to separate out the languages and as long as everyone’s happy with that, then so be it. (Not everyone will agree with this stance and not everyone will like it. If you don’t like it, then just keep reading and ignore what you don’t like!)

It’s hard to be totally consistent when immersed in the demands of family life. The general principle is to have balanced input and this will require decisions and a plan for how you’re going to accomplish it, if that is important to you. Again each situation is different and you need to choose what fits with your family’s values and situation.

If you found this post helpful,  I’d be really grateful if you passed it onto your friends. If you have your own question about bilingual language development that you’d like a research-based answer to, then you can leave a comment below or email me at marypat@talknua.com

Elin Thordardottir, (2010) Towards Evidence Based practice in language intervention for bilingual children – this is an article in the Journal of Communication Disorders.