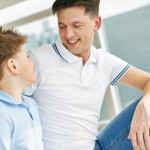 Hello again! This is the 1st part of a 2 part series on Getting Co-operation Going. Did you know that the average parent issues 17 commands in 30 minutes?! And when the child’s behaviour is challenging (like getting ready for school this week in our house…), that number can rise to 40 commands in half an hour!! Here are some examples of common commands we use:
Come here
Be careful
Don’t touch that
Wash your hands
Be nice
Hey you
Watch it
Hurry up
Knock it off
Cut it out
Stop it

There are 2 problems with these commands. #1 they tend to trigger resistance rather than co-operation and #2 most of them are vague. Like what does be nice or be good actually mean? And as for be careful– we usually say this after the accident has happened which is hardly helpful! (I do all of these in spite of my best efforts.)

Think about it. Do you like being told what to do? Personally I have an allergy to it! Ask me to help you, or make a request and I’ll be delighted to help but tell me to do it and I resist big time. It’s called counter will and is related to a child’s need to develop a separate sense of self. It’s an instinctive reaction to feeling pushed, even by those we love. It’s a healthy part of their development although it can drive you mad! I’m sure you’ve been in the situation in a restaurant where the waiter says Don’t touch the plate. It’s hot. What’s the first thing you do? Well if you’re like me, you touch the plate just to see how hot exactly.

So not only do we tend to use commands excessively but we tend to repeat them too when we don’t get the response we want the first time. And sometimes we say it again even when the child has started to do what we want. And we sometimes even give commands that aren’t even that important like Wear the blue top.

So how do we engage our children’s co-operation?

Here are some ideas:

#1 Use statements instead of commands

I tried this with my little girl when I had nearly come undone over markers/colouring pens that were left without lids on- so frustrating! So she was about 2 years old and I started to say Markers need lids. And she just put the lids on- no arguing or protesting! And eventually she started to say Markers go lids herself- very cute! I tried it recently again when she was sitting on the only available spot on the sofa (the rest of it was covered in toys, clothes, etc.). I was feeling very annoyed but managed to say, (in a neutral kind of a tone), I need somewhere to sit. And lo and behold she moved over and made room for me- I could hardly believe it!!

So this is where you describe what needs to be done (in a light tone) and then you wait. More examples are:

The light’s on in the bathroom.
The door’s open.
The lid’s off the milk.

Another version of this approach is giving information:

(A word of warning here, some parenting people think the above examples aren’t clear and that you should give direct commands like Use both hands to hold the glass. As my mother would say Moderation in everything! I think it’s safe to say we’ll never give up direct commands entirely but this commenting has worked for me so I think it’s worth a shot.)

Carolyn Webster Stratton in The Incredible Years suggests this- I haven’t tried it yet but I like the idea. She suggests asking yourself Is this really an important issue? And Am I willing to follow through with consequences if my child doesn’t comply? Now it depends on the age of the children but you could do this with 2 and ½ year olds I reckon. You decide on the rules together and then put them somewhere that everyone can see them. For younger children you’d need pictures as reminders. I did a version of this when my little girl was about to start pre-school where I just got pictures from Clip Art and put them in a Word document – it was the sequence of what would have to happen for us to get out the door on time and calmly in the morning! She really liked the Morning Story as she called it. (After all my effort though, the times of preschool starting changed and we didn’t need it- typical!)

Here are some examples:

Seatbelts must be worn in the car at all times.
Hitting is not allowed.
Food stays in the kitchen.
No Play Doh in the bed.
No jumping on the sofa.

These are very specific too so everyone knows what’s expected.

# 3 Keep it short and simple

Instead of a big long lecture explaining why they have to do something, you could try using two or three words instead for example:

#4 One command at a time

Young children will have trouble with chains of commands so it’s best to keep them simple and just one at a time. Say it once and then count to 10. Resist the temptation to say it again! Then you can move onto the next one or you might find it’s not even necessary.

#5 Make sure they can actually carry out the command

It’s not really fair to expect young children (age 3) to share their toys or even want to share them! Or for 4 years olds to keep the bathroom tidy or be quiet while parents have what seems to them like a never-ending discussion! There’s a really useful Montessori chart for different jobs for children at different ages. You can find it on my Facebook page here https://www.facebook.com/talknua

Here’s this week’s challenge which comes in 2 parts too:

• Pick a time that suits you- about 20 minutes
• Count how many commands you gave
• If you can, write some of them down
• Circle which commands are clear and which are vague

• Pick a time that suits you
• Try one of the ideas above for getting co-operation going
• Report back in the comments below- I’d love to hear how you get on.

Inspired by
The Incredible Years by Carolyn Webster Stratton