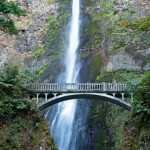 Earlier this year I did a course on understanding children in developmental psychology. I loved it because it challenged so much of what I had read about behaviour and consequences and discipline that never felt right to me- I don’t want to be the kind of parent whose default setting is ‘If you do that, then it’ll be no X Y Z’ until there’s nothing left to take away- that doesn’t feel good to me and makes me feel even more inadequate as a parent when I realise I’ve lapsed into it again! This week, as we’re all facing into school- my little girl is starting the infamous Big School- I wanted to talk about a lovely idea from the course called Bridging which might help with Back to School Blues.

The idea is that when children are facing separation, real or imagined, can feel alarmed and this can play out in behaviour. It’s not logical or rational- it’s emotional. I know I tend to forget that my little girl and myself are emotional beings first- the limbic system – part of the brain responsible for emotions is thought to the oldest part of the brain so it makes sense to me that emotions come first and reason later…

What does this mean? Well here are some examples:
If you’re on the phone, does your child become ‘clingy’ or try to get your attention? From a small child’s point of view, being on the phone is a big deal- it’s a form of separation for them- your eyes are not on them and they feel the absence of your gaze.

Or do they resist going to sleep- trying to stay awake to keep an eye on you?

We know that children need to eat often to be healthy. We know that when they’re hungry they might start to act up. We know that a good breakfast won’t be enough to do them the whole day. But for some reason, often we don’t see their relationship needs or emotional needs as equally legitimate. I know when my little girl is complaining that her top isn’t pink enough, it can be hard to remember it’s okay to want what you want! We might think that ignoring it will make the ‘clinginess’ go away. Or that time out might make them behave better.

This is where Bridging comes in. The focus needs to be on the ‘when we meet again’ part of the situation and not so much on the saying good bye. You’re bridging the gap of separation.

What do you do? There’s a lot we can do to help them make the transition from home to school. In sleep our children have been separated from us for several hours and now there’s a short amount of time before they’ll be separating from us again to be in school all day. Small actions make all the difference and needn’t take long.

So I noticed with my little girl, that she protested when I went in the shower- every morning! I made one small change which made a huge difference to the quality of our morning. I set my alarm for about 15 minutes earlier than usual and woke her up to snuggle and cuddle first, letting her know how delighted I was to see her. (I have to admit it nearly killed me to wake her up but it was worth it!) While we were snuggling, I put the focus on looking forward to having breakfast together after my shower and it has worked a treat (most days!).

The when it’s time to say goodbye, let them know how much you’re looking forward to seeing them later. You can talk about something you’re planning to do together later like reading a story at bedtime (Three Little Pigs is re-enacted daily in our house at the moment) or drawing a picture or singing Let it Go – the current obsession in our house! This helps them hold on to you and puts the focus on the return rather than the separation.

Another idea that I really liked was giving your child something they can hold on to, for example, a note in their lunch box, or something of yours to hold on to, like maybe a scarf to wear. A few times I made origami paper hearts and gave one to my little girl to keep in her pocket. Then I came across a wonderful book called “The Invisible String” by Patrice Karst. It talks about the heart connection we all hold with those we love, even when we can’t be with them physically. And another great one is Debi Gliori’s “No Matter What” which reassures the child that the relationship with the parent is safe, no matter what.

No challenge this week- getting ready for school is enough! I would love to hear what you tried out and how it went so please let me know in the comments below and let’s get talking! I’d also be really delighted if you passed this post onto a friend that might be interested.