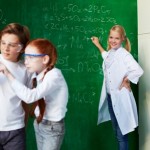 So this week’s situation is from Heather who is part of a monolingual English speaking family with two children aged 9 and 13. Her son and daughter have dyslexia. The family are moving to rural Portugal so they will be acquiring Portuguese as a second language. Heather wonders how is it all going to pan out?

Right, so first some reassuring information.

# 1 How long is going to take for my children to pick up the 2nd language?

Well, there’s language for everyday conversation- called Basic Interpersonal Communicative Skills. Research shows that children who start learning a second language (L2) after starting school can develop a good level of fluency in everyday conversation in 2 years. These skills include accent, oral fluency, and more subtle things like knowing when to use the polite or informal forms e.g. Como está? is the polite or more formal way of asking how are you in Portuguese while Como estás? is the informal version to be used with family members, children or people very much younger than oneself.

For getting to grips with the more formal language needed in school (called Cognitive/Academic Language Proficiency), it can take between 5 & 7 years for a child to catch up with average monolingual children. These skills include those closely related to developing literacy (reading and writing) in both languages.

In other words, patience is required.It all takes time and maybe longer than you might think.

I also think it’s worth bearing in mind that proficiency or skill in a language is hard to define and measure and is quite controversial in the research.

Children who are learning an additional language may go through what’s called a silent period; a natural process where children may say nothing for several months- this is perfectly normal. It can last for one month or up to six months or longer. The younger the child, the longer the silent period tends to last. Older children may remain in the silent period for a few weeks or a few months, whereas pre-schoolers may be relatively silent for a year or more.

Lots of discussion about it and it typically starts when they realise that their home language isn’t understood at school and they’re aware that their own 2nd language skills are not yet enough to make themselves understood. So they spend some time watching and listening to what’s being said around them, building vocabulary and grammar. They might then start to repeat words they hear. Then they might quietly start to practice words and phrases before finally going public with the new language.

# 3 And what about my children’s dyslexia?

There’s good news! You might be worried that you don’t speak the same language as the school and of course you want to help with homework. Here’s something important that you can do:

Ask the children to explain the homework to you in English in this situation. When the home language is different from the school language there’s a surprising added extra for the child. In translating the material, they’re actually re-thinking, reconceptualising, and digesting what they’ve learned in school. In translating for the parent, the child is valuably reprocessing, almost thinking out loud. If they have understood it in two languages, they have really understood it! Some subject specific words might require a dictionary like in maths or science. Since understanding and explanations are being reconsidered and reprocessed, deeper learning may occur. The child is helping himself or herself; the parent is given the opportunity to advise, explain, correct, and encourage.

So rather than parents disadvantaging their children, the act of moving from one language to another will often advantage the child. Yay!!

For children who have dyslexia, there can’t really be general advice as each child’s profile of strengths and challenges is unique. However, there is more good news here. For a child with dyslexia, learning to read with a consistent phonetic language has definite advantages as the child may learn the sound rules quicker than for English which is irregular: Think about the pronunciation of ‘ough’ in tough, through, though, bough. Or the famous line from George Bernard Shaw about spelling fish as ghoti: gh from tough, o from women, and ti as in nation!

For children with dyslexia, English is a particularly complex and more difficult language to learn to read and write.

Heather’s children have been reading for some time and once children have achieved reasonable literacy skills in one language there are 2 effects:
1. They’ve gained confidence in reading which is important for creating an expectation of more success in learning to read in a 2nd language

2. There will be a transfer of skills from the 1st language into the 2nd language

#4 Other things to do

Heather had some great suggestions already for what to do:

Learning the language together as a family with a 1:1 tutor which I think would be great fun and good for children to see their parents learning new things. Will be fun for them too as they most likely outpace their parents!

Having an au pair who is a native speaker so the motivation to communicate in Portuguese is nourished.

Joining clubs for activities the children are interested in. I was reading about motivation recently in Psychologies magazine. The author described motivation as a peculiar little animal- the more you force it to come out of its hiding hole, the more it retreats. And sometimes when you try to get things under control, it disappears altogether. She mentions connection as an important way to build motivation especially in teenagers. They’re likely to give priority to others their own age. This is why some of the easiest ways to build their motivation is by bringing a friend along for an outing, encouraging 2 or 3 friends to work together on a project, or signing up your son or daughter for a class in which they might get exposed to activities outside their usual scope of interest.

Children in secondary education can have their textbooks in one language, with parallel or similar textbooks in a second language also available. Therefore, in maths and science, children can have access to explanations and illustrations in both languages to help increase their probability of understanding.

For grammar work where the parent is not a native speaker-you right need to enlist the help of a neighbour or friend who is fluent in the classroom language- I used to help my little next door neighbour who was Chinese and in an all-Irish language school. Her mother didn’t speak Irish and we had great fun making up sentences in Irish together!

Colin Baker’s A Parent’s and Teachers’ Guide to Bilingualism.