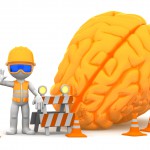 Does your child resist trying new things? Do they give up easily saying things like I can’t do it?  Or things like I’m not good at maths (this was my personal refrain throughout my childhood!) or I’m not creative or I can’t draw or I can’t do this. Or It’s too hard. If so, then this post is for you.

Basically after reading Carol Dweck’s wonderful book called Mindset: How you can fulfil your potential, I realised that in some respect I had what she calls a fixed mindset. So I saw drawing as something people were naturally good at and the same with numbers.  You were either good at something or not. Other fixed mindset beliefs are things like: You’re a certain kind of person & there isn’t a lot that can be done to change that.  Or You can do things differently but the essential parts of who you really are can’t be changed.  Or how about this one: Your intelligence is something very basic about you that can’t be changed. (Think about how often we say things like You’re so smart to our children).

Growth mindset was a revelation to me! Statements such as You can always change basic things about the kind of person you are and I don’t have much experience with that yet as opposed to  I can’t do it or I’m not good at that.

One study in particular that Dweck conducted fascinated me. She sent researchers into classrooms in New York where the children were about 11 years old. They were given a series of puzzles, easy enough so that everyone would do fairly well. When each child finished the test, the researcher told each student his or her score and then said one more thing. Children were either told: You must be smart at this or You must have worked really hard. Next the children were given a choice of test. One choice was a test that would be harder than the first but the children were told that they’d learn a lot from having a go at the puzzles. The other option was an easy test, very like the first one. Of the children who had been told that they must have worked really hard, 90% chose the harder puzzles. Of the children who were told they were smart, most of them opted for the easy test. Why? Well, if you think of yourself as smart, then making mistakes is a big risk because it might expose you as not smart. Emphasising so called ‘natural’ intelligence takes it out of the child’s control. Whereas when you emphasise effort, then each child can take charge of their own effort; it’s within their control. And if you think being smart is just the way you are, then you tend to think that effort is not required. You either have it or you don’t.

The third round involved all the children doing a test which was designed for children 2 years older than them. Everybody ‘failed’. The children praised for their effort assumed that they hadn’t focused hard enough on this test; they really got stuck in and tried lots of solutions. Many of them were overheard saying things like This is my favourite test.  For the children who had been told they were smart, it was a different story. They assumed the ‘failure’ meant they weren’t smart.

The last round of tests were as easy as the first round. Can you guess what happened? The praised- for-effort group improved their score by about 30% while the ‘smart’ children did worse than they had in the 1st round.

There was one finding in particular that stood out for me. They told the children that they were going to go to other schools and that they reckoned the other children would like to hear about the tests. They asked them to write out their thoughts on one page and gave them the option of including their own scores on the tests. Wait til you hear this!! 40% of the ‘smart’ kids lied about their scores! In a fixed mindset mistakes are shameful, especially if you’re considered talented. They found similar results across socio-economic class, age, and gender. even preschoolers were affected by the statements differently.

So what should we do? Here are some ways to reframe a fixed mindset:

If your child says I’m not good at this, you can encourage them to think What am I missing? Or you can say You mightn’t be good at it yet but with practice, you’ll get better. Or Nobody is good at something straight away. It takes effort.

My little girl has recently learned to tie her own laces. She observed the other day that I was really fast at doing it- with Carol Dweck on my shoulder, I said that’s only because I’ve had a lot of practice.  Another day when the laces weren’t quite the way she wanted, she asked me to fix them and she said Well at least I didn’t give up. I was delighted!!! She has been watching some interesting videos at school about mindset- you can find them here:  https://www.youtube.com/watch?v=2zrtHt3bBmQ

My favourite line from one of them is: The surest way to success is to try again. I wasn’t so impressed however, when she said to me one day: Your brain will get lazy there drinking tea and reading a magazine!

Here are some other things to say. You have to consider your child’s age, stage of development and personality with these. And it’s important to acknowledge the feeling first before trying to teach a new way of thinking. So if your child says I give up. You might say something first like It’s tough huh? And wait for the emotion to pass (90 seconds approximately) before encouraging a different perspective.

And finally, here’s a wonderful book that we’re reading at the moment which is all about challenging negative, inaccurate thoughts:

If you’re curious about your own mindset? Try Carol’s test here http://mindsetonline.com/testyourmindset/step1.php

Be sure and leave a comment below to let me know how you get on with the strategies.