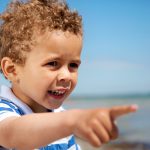 So your child has started talking and you find yourself saying ‘What’s that?’ A lot. Sometimes you get an answer, sometimes you don’t. Sometimes you child looks at you with a puzzled expression on their face. To find out why this isn’t the best way to build your child’s language or have a conversation with them, try this quick experiment. 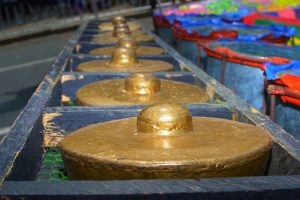 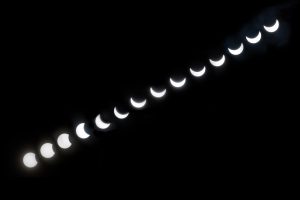 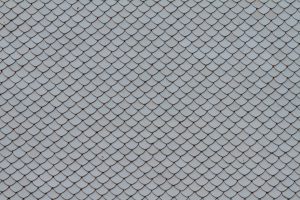 Last one! What’s that?

So I’m hoping you had some trouble naming the things in the pictures precisely using one word! That’s what it’s like for children when we say ‘What’s that?‘ It tests their knowledge. It can feel confusing and uncomfortable. Like we know an answer is required but we can’t answer. And we’re not sure which bit of the picture are we supposed to have a name for.

That’s the problem with that innocent-sounding question ‘What’s that?‘ It’s not a genuine question because for a question to be really authentic, we’re not supposed to know the answer! Otherwise, what’s the point in asking? It doesn’t help language development either because it’s testing not teaching. And it kills conversation. When you ask this question, it’s probably not clear to your child what exactly you’re talking about. Think of the last picture- was it the honeycomb or that wooden thing that you tried to name? You knew it had something to do with honey but what exactly is it called?

So, what’s a more helpful thing to say? Let’s look at those pictures again but this time, I’m saying what the thing in the picture is and not asking you ‘What’s that?’

It’s a gong from a Buddhist temple.

It’s the roof of a Buddhist monastery.

So instead of a question that tests your child’s knowledge and stops conversation, try a comment where you name what your child is looking at.

For learning nouns or the names of things, this is the best way to build your child’s noun vocabulary. You need what’s called joint attention where your saying the name of the object follows your child’s focus on the object. Like in this photo where the father and little girl are both looking in the same direction and pointing together: 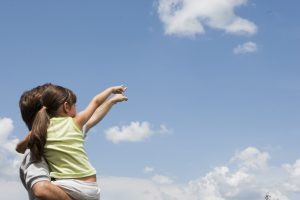 He might be saying something like: big cloud or fluffy cloud. They’re also at the same level physically. Why’s that important? Find out why in my last post here.

It doesn’t work when we draw their attention to something that we’re looking at and they aren’t. See in the next photo how she’s pointing and looking at something while the boy’s attention and focus is elsewhere? That’s how not to do it. 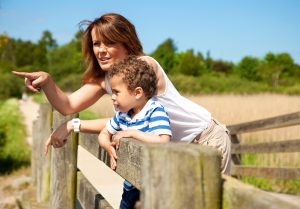 So there you have it! To build noun vocabulary, you need to be looking at the same thing together. Then you say the name of the thing- that’s your turn. One way children develop language is through imitating what they hear around them so instead of testing them, you can ‘teach’ them the words instead. Turn your questions into comments!

If you like this post, please pass it on to your friends. If you haven’t already, be sure and sign up for speech, language, and communication tips direct to your inbox every fortnight.