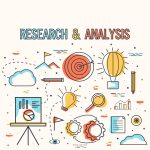 Key words about the research on this topic? Ambiguous, conflicting, sparse!

I’ve read two systematic reviews that aimed to pull together several studies on the topic & I picked key points from both to keep things simple.

First up is Choo & Smith’s (2020) review that looked at 50 studies about stuttering in bilingual children. Key findings from that review are:

The second systematic review by Chaudhary and colleagues in 2021 examined 13 studies & mentioned 3 patterns of stuttering in bilingual people:

They said that Pattern #3 is the most commonly observed.

What causes the differences? The research reports on things like:

Dominance & Proficiency: these are not the same thing & they’re not straightforward!

In their systematic review, Chaudhary & colleagues reported several studies that found more stuttering in the less dominant language, possibly indicating a less well-developed language system as a contributing factor to stuttering in people where one language is stronger than the other.

They reported conflicting results when it comes to the influence of proficiency on variations in stuttering. Some studies found more stuttering behaviours in L2 and others in L1 (where there was a clear L1 & L2).

The purpose of their systematic review was to identify linguistic factors that play a role in stuttering in bilingual people. The main conclusions that they came to are that:

So while there are lots of gaps in the research, two things are clear:

Chaudhary, C., Maruthy, S. Guddattu, V., & Krishnan, G. (2021). A systematic review on the role of language-related factors in the manifestation of stuttering in bilinguals Journal of Fluency Disorders 68.