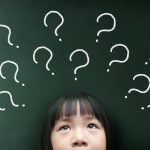 So you’re a multilingual family, you’re worried about your child’s speech and language development, and a health care professional has told you to focus on one language only. Here are 6 reasons why that advice is wrong.

#1 It shows a lack of understanding about how multilingual language development happens a.k.a they don’t know what they’re talking about but it doesn’t stop them giving wrong advice!

For multilingual children, language skills are distributed across all of their languages. Their skills vary depending on the task that they’re doing and who they’re talking to. You’re not raising 2 monolingual speakers of each language in the one child. Balance is an illusion.  As babies and toddlers and pre-schoolers, your child’s home language may be the dominant one. They’ll have vocabulary to do with home, family, books, television, and play in their home language. Later then when they go to school, they develop school-related vocabulary. They may not have these words in their home language because they don’t use the education language at home.  They may tell stories differently in their home language as opposed to telling stories for school. This is normal for multilingual children. So dropping your home language and focusing on the less developed language puts your child at even more of a disadvantage. Why? Because by dropping languages, your child is prevented from using their stronger language to develop the weaker language.

#2 Focusing on one language is not a cure for language problems in multilingual children, and it won’t improve things either- quite the opposite! The “dropping a language” approach takes language out of its social context. It forgets that the point of language is to communicate, to connect, to signal identity, to empathise, to entertain, to play, to create, to imagine ……. As Kathryn Kohnert ( a respected researcher in the area) explains: “Language and communication are part of a dynamic system that can be expanded with rich input and diverse opportunities for learning and use”.

Using two or more languages in your everyday life is not necessarily a choice. It’s more a description of what you need in your life circumstances. Your child needs two or more languages to communicate successfully in different environments with different people for different purposes. Focusing on only one language means that your child would become monolingual in a multilingual family or community. This makes language problems worse because it means cutting off a whole set of language skills. And doing so can isolate your child from family members such as grandparents and cousins. And it can also isolate them within their local community. As Kathryn Kohnert so eloquently puts it: “Discounting one of the languages limits [your child’s] resources, negates previous communication experience, and denies future opportunities.”

#4 Being multilingual does not make language problems worse

#6 There are distinct cognitive and social advantages to being multilingual

Being bilingual gives children distinct advantages cognitively and socially. Better problem solving. A larger working memory and not just for tasks that involve language. Greater earning potential. Being multilingual delays the onset of dementia and multilingual people who experience language problems after having a stroke tend to have better language outcomes. (Now of course the research isn’t as black and white as that but there are documented advantages)

For most people, two or more languages in their family is the way of their life. When it comes to multilingual children with language problems, Kathryn Kohnert puts it like this: “Should children with varying degrees of physical co-ordination, artistic ability, or aptitude for maths be encouraged to engage in sports, drawing/painting, or algebra? Most people would say Of Course!” You wouldn’t dream of telling a child who wasn’t great at PE to stop trying different physical activities. So why would it be any different when it comes to languages?

When it comes to speech and language therapy then, the bottom line is that intervention for multilingual children must explicitly support all languages needed by them. They need their languages in order to access and succeed in the different areas of their lives. This includes family relations, school, their local community, hobbies, etc.. Lifelong goals for academic and job-related achievements along with social, emotional, and communicative well-being are important for all children. Focusing on only one language may mean that intervention is less effective. And it can also have negative knock-on effects on the child’s participation in their community which isn’t justifiable.

Dropping a language is a problem because it’s like telling someone who is right handed to stop using their left hand completely. Try doing that for a while and see how you get on!

What I read so you don’t have to: