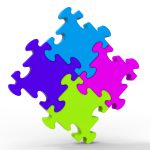 So you’re a parent of a bilingual little girl who has just turned three. She doesn’t use very many words but she is interested in interacting and seems to understand a lot. You’d like to know her language level. You’d like a speech and language therapist (SLT) to assess her. How do SLTs do this? Read this post to find out what you can expect to happen during an SLT assessment.

Now of course, what happens will vary from situation to situation depending on the reason your child was referred but I’m keeping it simple here with a focus on a child who might be late to talk. And it’s important to remember that assessment is a process that takes time. You don’t always get a clear answer after the first session. And the idea of a language level is complex!

What to expect from your SLT assessment:

# 1 General discussion with you about your concerns- questions like:

#2 Next up would be some measures of your child’s languages – the words they’re understanding and using in all of their languages. There’s a serious lack of resources for SLTs to test all the languages that their clients speak. That means that the SLT may have to rely on informal observations as opposed to tests. But there are some options like the McArthur Bates Communicative Development Inventories which are available in a range of languages. (The SLT would have to contact the authors of the particular language version in question to see if it’s suitable for your child). This inventory looks at language development from earliest signs of comprehension or first non-verbal gestures, to early vocabulary used and the beginnings of grammar. It’s suitable for children between the ages of 8 and 37 months. And it’s available in a range of languages. Basically, there are lists of words and you tick if your child uses them.

Another option is the Receptive and Expressive Emergent Language Scale (REEL 3) which starts from birth to 3 years and although not designed with bilingual children in mind, the information does give insight into a child’s language development. It looks at understanding and use of language and has a vocabulary checklist too. The SLT could take all the languages into account when using this test and look at the answers you give as opposed to relying on the scores. I also  like Amy Wetherby’s First Words Project which you can access here.  There’s useful information 16 gestures by 16 months and 16 actions with objects by 16 months. The website and materials are available in English, Spanish, and Haitian Creole. A word of caution though- some of the gestures or objects for example may not be relevant to your culture so just bear this in mind.

# 3 It’s also important to think about what your child does with the words they have. It’s not enough to have lots of words, your child needs to use them to communicate. There are other checklists like the Pragmatics Profile (by Dewart and Summers, available here.) This will help identify the way your child communicates using their whole body, sounds, gestures and words. How do they get your attention? Do they greet familiar people and wave bye bye for example? Do they reject something that they don’t like? How do they do that? With words? Facial expression? Pushing the thing away and saying no? There’s also the option of the Language Use Inventory which is being adapted in 10 languages across the world. You can find out more about it here. You might also be asked about any word combinations that your child is using. And if they mix the languages. (Mixing languages isn’t a problem- you can read more about that here. )

# 4 Language samples: this means the SLT would collect samples of your child talking with different people in different places. (Either video or audio recording) Like at home with you, in day care with friends, in day care with the staff, at home with siblings and so on. The idea here is that language varies according to who your child is talking with, where the talking is happening, and what they’re talking about. An interpreter might also be involved for testing in the languages other than the community language.

# 5 Your child’s speech So far we’ve talked about your child’s language- the words they understand, use, and combine. The SLT will also take into consideration the way your child pronounces their words- their speech. They might ask you to fill out the Intelligibility in Context Scale which is available in a range of languages here. It’s got 7 items. Things like Do you understand your child? Do immediate members of your family understand your child?  You circle one of the following options: Always Usually Sometimes Rarely Never. The SLT may get your child to name some pictures to get a map of the sounds they’re using and may also ask your child to make some individual sounds like /k/ or /s/ for example. There’s a useful book called Difference or Disorder that gives information about a range of languages in terms of the speech sounds and the grammar. (Here’s the link)

While all of this is going on the SLT will be observing your child; listening to the quality of their voice, watching out for signs of stuttering, making notes of the speech sounds they’re using, their teeth, use of a soother/pacifier, observing their play, looking at gestures and working out what other investigations they need to make. So while on the surface it might look a lot like playing and having fun, you can see that there’s a LOT going on! It’s not straightforward and it takes time to put all the pieces of the puzzle together to work out if your child has a speech, language, or communication impairment. Establishing the language level your child is functioning at is complex. It’s important to remember that especially when it comes to multilingual children, there is a lot of individual variation in how children’s languages develop. Even if you have a group of children speaking the same two languages, you get a lot of variation. Thinking in terms of the age your child is and comparing them with others of the same age isn’t that helpful to be honest as, once again, there is a lot of individual variation. Here’s a video explaining three crucial things about multilingual children and their language development.

If you’re an SLT reading this, what else would you add in? Be sure to leave a comment below.

If you’re a parent reading this and worried about your child’s language development, what would you like your child to be able to language-wise? Be sure and leave a comment below.