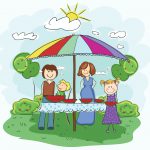 If you’re a parent of a child with autism and you’re raising your child using two languages or more, it’s highly likely that somewhere along the way, you’ve been told to drop a language and only focus on one. Because after all, one is hard and two are harder right? Wrong! For multilingual children with developmental problems, Kathryn Kohnert, (a well-respected researcher in the area) says one is hard and two is hard. For multilingual children with a language problem, the underlying impairment will manifest in all languages, most likely because the problem is due to some underlying inefficiency in processing language input. Therefore, all languages are affected. And language skills tend to be distributed across the languages which is why it is important to assess all the languages.

In this post, I’m using the term multilingualism broadly to mean children who understand and/or use two or more languages in spoken, sign, or written form, regardless of the age at which they learned the languages (based on an Australian International Expert Panel on Multilingual Children’s Speech). I’m also coming from the perspective that for most multilingual families, using two or more languages is a necessity. The social advantage of continuing on your multilingual journey with your child who has a diagnosis of ASD is that they can be fully included in important life contexts.

The good news is that children with autism/ASD can and do become multilingual. There isn’t a lot of research but there is enough to prove that if your child needs to be multilingual and has ASD, they can still be multilingual. It’s all about what they need the languages for. And dropping a language can actually turn an impairment into a handicap according to Kathryn Kohnert. Doing that limits your child’s participation in a range of contexts and can negatively affect their social, emotional, and educational progress. I like François Grosjean’s emphasis on the regular use of 2 or more languages – what is important is language use rather than proficiency or competence. Multilingual children with autism need and use 2 languages or more in their everyday lives. While multilingual children with ASD may never completely acquire any language, they still need to use two or more languages to function effectively and fully in their day to day lives according to Kay Raining-Bird and colleagues in a recent review of the topic.

It may also be important to remind your Health Care Professional HCPs that multilingualism is often a necessity, sometimes a choice, and in countries such as Canada where there are 2 official languages and Ireland where there are 3, also a right. If you run in to trouble with HCPs giving you the wrong advice, here  are some effective tips for handling the situation.

Let’s have a look at some recent research about having ASD & speaking two or more languages and see what it says.

In 2012, Kay Raining Bird and her colleagues in Canada surveyed 49 families who were multilingual and raising a child who had autism. 87% of the parents said that their reason for raising multilingual children was so that they could communicate with family, school, and neighbours. 79% of people reported that they lived in a bilingual city or country. The main concerns the parents had about raising a multilingual child who had autism was the lack of professional help or access to services and fear that learning two languages was too hard or would be confusing for their child. Parents were also asked to rate their success at raising their multilingual child who had autism. 21 parents answered this question and of those, 38% described themselves as somewhat successful and 2 parents described themselves as extremely successful.

Another Canadian study in 2012 compared the social and language abilities of 75 young children with autism who were divided into 3 groups: 1: monolingual language exposure, bilingual language exposure before 12 months of age and bilingual language exposure after 12 months of age. They looked at things like social responsiveness, initiating of pointing, response to pointing, attention to voice, vocabulary, when they said their first words and phrases. They found that bilingually exposed children with ASD did not experience additional delays in language development. And they didn’t find any significant differences between the children who were exposed to two languages before or after 12 months of age. They concluded that parents should not be discouraged from speaking two languages with their child who had autism. Or from introducing a second language.

Petersen and colleagues in 2012 (also in Canada) looked at diversity of vocabulary in English-Chinese bilingual and monolingual children with ASD looking at word comprehension and production. When compared with monolingual children with ASD, there were no significant differences in production vocabulary size or vocabulary comprehension scores. They conclude that their results provide evidence that bilingual English-Chinese preschool children have the capacity to function successfully as bilinguals. That these children can be bilingual without experiencing disadvantages in their language development.

Next up is Canada again where Ohashi and colleagues in 2012 compared a group of recently diagnosed bilingual-exposed children with autism aged 24-52 months with a matched group of monolingual-exposed children with autism. They found no statistically significant differences between the two groups on any language measure that the examined. (They looked at things like severity of autism-related impairments in communication, age of first words and phrases, understanding of language, expressive language, and functional communication.) Their results suggest that a bilingual language environment does not disadvantage young children with autism in the early stages of language development.

In 2013, in San Francisco, Betty Yu interviewed 10 bilingual Chinese/English speaking immigrant mothers who had children with autism spectrum disorders. The mothers tended to have deficit views of bilingualism where they believed that being bilingual made learning more challenging. Many of the mothers believed that it caused confusion or made things worse. Views which were commonly (and incorrectly) reinforced by health care and education professionals. Betty Yu concludes that families need support for their efforts at heritage or home language maintenance, reassurance that being bilingual would not harm their child’s development, and support for learning the community language. She reminds us that speech & language therapists should systematically support the development of home languages in children who have language problems.

A 2016 review of 50 research studies by Uljarević and colleagues revealed that there is little evidence to support the unfortunate but widely-held view that multilingual exposure is harmful to the language or social development of children who live with developmental differences. On the contrary, when it came to studies of multilingual children with ASD, they found a positive effect on communication and social functioning. One limitation is the available pool of studies to review is small and the number of robust studies is also small so further research is needed.

Another Australian study by Sharynne McLeod and colleagues in 2015 involving more than 3000 children found that at ages 4-5 multilingual children with speech and language concern did equally well or better than English language-only children (with or without speech and language concern) on school readiness tests. They did perform more poorly on measures of English vocabulary and behaviour. However, at ages 6-7 and 7-8 the early gap between English language-only and multilingual children had closed. Speaking a language other than English at 4-5 years did not in itself, affect children’s academic outcomes at school and there was no evidence that multilingualism + concern about speech and language resulted in any kind of double delay in academic or behavioural outcomes. Basically, if there were concerns at age 4-5 (whether the child was English only or multilingual), this was the important thing as these children went on to have issues with literacy and mathematical thinking. But children who had typical speech and language development at 4-5 irrespective of being English only or multilingual, did not show evidence of problems later on.

So what does it all mean? Well, the available research indicates that children with speech & language problems and who have autism can and do learn two languages or more given sufficient and enriched opportunities in each language. Once again though, this fact is not yet part of mainstream thinking. The bottom line is that there is NO empirical evidence to support a belief or recommendation that children with ASD or other developmental disabilities should only be exposed to one language. NO EMPIRICAL EVIDENCE!!

The important thing is the high quality language input and social input i.e. opportunities to use their languages. Children from minority language families should be encouraged to continue to speak the home language. Recent research from Canada by Marinova-Todd and Mirenda this year, in relation to children with autism advocates the following:

The specific strengths and weaknesses, learning environments, cultural preferences and family dynamics that affect children with ASD and their families should be taken into consideration when specific language interventions are designed.

They also report that research does not support the practice of language intervention in only one language which is usually the language of the SLP. Multilingual children with speech and language challenges and developmental differences need multilingual intervention in order to help them achieve their potential and participate fully in society.

Catharine Hambly and Eric Fombonne (2012) The impact of bilingual environments on language development in children with autism spectrum disorders. Journal of Autism and Developmental Disorders  42: 1342-1352.