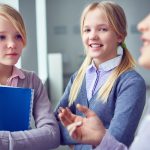 Sorry it’s taken me so long to finish this three part series on language in twins. Snowed under while working from home and utterly exhausted before Christmas put a stop to my gallop! Back in action now and ready to go! We know that many things affect language development in twins: low birth weight, gender, genetic factors, the amount and quality of language input, less interaction with adults compared with children who are not twins, and intense interaction between the twins themselves. There’s a common belief that twins develop their own secret or private language called cryptophasia. Older research reports that twin language is unique for each set of twins and is not understood by others, including their parents. It has been reported to be used between twins in very specific situations such as playing together, in bed before going to sleep, and at meal time. And supposedly it tends to disappear by around age three. But what’s out there in the research about this? Once again, precious little it would seem…and a lot of it is quite dated. Let’s have a look at what I managed to dig up. I’ve kept the focus on the most recent research I could find with one exception.

Then I found a 2017 study from Lithuania which focused on one pair of twins: a boy and a girl. Their interaction was recorded two to four times a week in everyday situations for about one and half hours a month starting when they were two years and five months old. The summary of the study was in English and the whole paper was in Lithuanian which I can’t read! I’ve contacted the author for a summary in English and I’ll update the post once I have more details. The authors say that the results of their research “attest to manifestations of twin secret language, including the reaction of their parents”. That means they found evidence of twin language. They intend to carry out more detailed research in the future. Important to bear in mind here that the study only involves one set of twins.

Then I came across a 2017 book by Nancy Segal, Professor of Psychology at California State University, Fullerton and Director of the Twin Studies Centre. Here’s what she has to say: “Based on available studies, it is safe to say that about 40% of twin toddlers engage in some form of “twin-speak”. But that figure does not convey just how complex twins’ language development turns out to be.” When she delves more deeply into the issue of secret language, she says that it’s “differences in definitions, measurement methods, and the age at which twins are studied” that account for variations in the estimated frequency of twin language from “less than 2% to 47%”. She also points out that twins don’t produce a new language but that the private language is comprised of atypical forms of the language that they’re exposed to.

She goes into a lot of detail about distinctions between:

shared verbal understanding: speech used between twins also directed to other people even though it is unintelligible to these others and not ‘abnormal’ (her words!) in form.

private language : also unintelligible to others, and speech used exclusively within the twin pair. She reports that the “smaller number of twins (mostly male) at risk for language problems by the age of 6 are those who used private language at the age of 3 and did not develop normal language skills along with their private speech”

restricted language : ‘ordinary language dedicated to intimate communication between partners who share beliefs and expectations that come from a shared life history, and who use the same abbreviated expressions’. She gives an example from her own experience of talking about fried eggs that were not to her liking when she was a child. She would yell ‘gush gush’ and her mother would put them back in the frying pan. Her twin sister and herself still use the term today! This is just like the private jokes and made-up words shared in many families. So when thinking about twin language, it’s important to think about what we mean exactly.

Last up are two studies that looked in detail at the speech sound systems of multiple birth children (twins and triplets). The first one focused on English and the second one on Potunghua (an official language in China). They are quite dated in research terms (1994 and 2010) but I think they’re worth including here to give food for thought. Let’s start with the English one which involved 19 sets of two- to- four-year-old twins and triplets. They measured the children’s understanding of their twins’ or triplets’ context-free speech. They found that the children were prone to speech sound disorder. Siblings’ speech sound systems (the sounds they used when talking) were similar but not identical to each other. Multiple-birth children were better able to understand their siblings’ mispronunciations than other children of the same age. But that understanding did depend on how closely the mispronunciations were to the adult form. Multiple birth children may store two versions of how to say the same word: the adult form and their sibling’s form. That’s two sources of contradictory information that may give rise to unusual pronunciations. The researchers conclude that “while these three factors conspire to give the impression that ‘twin language’ is common, none of these findings provided support for the claim that multiple-birth children use an autonomous language”. Interesting…..

Several years later, one of the authors, Barbara Dodd and another colleague studied a set of identical twin boys who were six years and two months at the time of the study. The boys had no other siblings and were monolingual speakers of Putonghua. What did they find? The speech sound systems of the twins were not identical although they showed signs of impaired speech sound development and they shared some error patterns. They both understood their parents’ and their sibling’s pronunciations which again suggests a dual representation of some words in their mental dictionary. Same findings as for the English study six years previously. Important to remember though that there was only one set of twins involved in the Potunghua study

So that’s what some of the research says. There are lots of gaps there especially when it comes to recent research. What about your experience though?

Balčiūnienė I. and Krivickaitė E. (2017) “Early language acquisition in twins: development and analysis of the Lithuanian Corpus”, Taikomoji kalbotyra, (9), pp. 31-45.