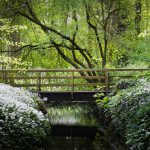 You speak two languages at home. One of them is a home language like Polish which both you and your partner speak. The other one is a community language like English. You feel most comfortable speaking with your children in your home language and you’re committed to keeping Polish going. You’re a little worried about how your child will manage with English at pre-school and later on, in school. And you wonder what you can do to help. Here’s one thing surprising you can do to help both languages along without having to sacrifice your home language or start speaking more English. It’s called vocabulary bridging. What’s it all about? Keep reading to find out.

First of all, vocabulary is really important for your child’s reading success. Reading success is linked with academic success. (You can read more about vocabulary in multilingual children here.) We have two vocabulary storehouses that are connected.

# 1 is a concept store like the idea or concept of a dog. The concept store will have mental images, features of dogs like tails and hair and other categories like friendly dogs, big dogs, small dogs, and so on.

# 2 is a label store which contains the labels for the corresponding concepts. So dog in English and pies in Polish. When your child speaks two or more languages, a concept can be linked to more than one label. When your child is learning words, they’re making links between the concepts in general and the labels in each language. If your Polish-speaking child is learning English as their additional language and after they’ve learned Polish, the connection between the concept and the English label is initially weaker than the connection between the concept and the Polish label.  The good news is that you can use Polish to help their learning of English. You can use the stronger language (Polish in this example) to facilitate learning in English when it’s the less developed language. It’s important to remember that “Continued L1 development is critical for children’s academic, social, and cognitive growth as well as for their cultural identity.” (Restrepo and colleagues 2010: 10)

For example, we spoke English at home when I was a child even though my mother could speak Irish. Then at school I learned Irish, Latin, and French all through English, my dominant language. Using my stronger language made it much easier to learn the other languages as I already had a structure to build onto. Like ivy growing on a house. After studying English for more than two years, children may not need this bridging as they begin to develop concepts and labels links more independently in each language. Your child relies on their home language to help them learn the school language in their first 2-3 years of learning it although the languages always remain connected.

What this means is, that if you suspect your child knows the concept/idea in Polish, you can use Polish to bridge the gap between the two languages to learn the label in English. You can talk to them in Polish about the English label. You can talk about how the languages differ in their grammar. For me, I do this with my daughter and comment on how in Irish, the verb comes at the start of the sentence and how in English, it generally comes after the subject. Here’s a really interesting article about how this language bridging can be done in pre-schools.  You could try some of the ideas at home too keep having conversations in your home language about the similarities and differences between your languages. (Because Irish is an endangered language bridging won’t necessarily be relevant for you if your home language is Irish.)

A 2014 study in Florida involving pre-school children learning Spanish and then English,  looked at two ways of developing vocabulary. One way was where children listened to storybooks read by an adult in English only and with no explanations of the vocabulary. In the other group, the children listened to the story in English and also received rich explanations of vocabulary in Spanish, their stronger language. What did they find? Where children got the rich vocabulary explanations in their stronger language plus listening to the story being read, they tended to make greater gains in understanding vocabulary than when it was just the adult reading the story repeatedly. There’s plenty of research supporting the practice of continual input in your home language both to maintain home language skills and build the second language.

Another study in the US looked at vocabulary bridging in children who spoke Spanish and were starting to learn English in preschool. They put the children into two groups. Group 1 had two weeks of extra English vocabulary definitions when being read to in English. Group 2 had two weeks of extra Spanish vocabulary definitions when being read to in English. What happened? The children who had basic Spanish at the start and less developed English showed growth in labelling, vocabulary understanding and ability to define what words meant. Embedding explanations during shared reading was beneficial whether it was done in Spanish or in English. But when it was done in Spanish, that led to greater gains in the children’s ability to define or explain words.  Children with lower skills in both languages at the outset, made fewer gains in both groups than children who had stronger home language skills to begin with. (Read this for more tips on how to build your child’s vocabulary.)

Let’s say your child has an English book from school or the library. . (I’ll show you what this would look like in a minute).

So you’ve borrowed a book from the library that is in English. Maybe you’ve seen it at the pre-school and decide to borrow it. And you’re comfortable reading together in English some of the time. You can help your child’s language development in both languages by reading the book in English and giving explanations of words and events in the story in Polish.

You read the book aloud with your child. Then you use the book as a prop to have a conversation in Polish. You talk about the pictures in Polish, drawing their attention to things like facial expressions, the size of characters, the location where the story is happening. All in your home language.

Elaborated exposure is where you explain what the words mean, do some role play, or use gestures to explain the meaning. You can talk about words that mean almost the same thing like seat and chair. It also helps your child to learn the words and concepts if they can act out the meaning of the words when possible. Re-enacting the story together is a great way to do this. We used to use a red tea towel for Little Red Riding Hood’s cape and a little toy basket with toy food when my little girl was in preschool. It doesn’t have to be anything fancy. When you encounter the words in other situations outside of reading together, be sure and talk to your child about them in your home language. Children generally love reading the same story over and over and while it might get on your nerves, it’s actually good for their vocabulary development to have repeated exposure to the words.

You can take things to another level by drawing their attention to words that sound similar in both languages. (These are called vocabulary cognates.) Like computer in English and computadora in Spanish.

Remember that understanding words tends to come before using them so it may be a while before your child uses the new vocabulary and that’s the way it goes.

Another effective way to build your child’s vocabulary is through dialogic book reading and you can read all about that in my next post. Be sure you’ve signed up so you’ll get an email to let you know it’s ready.

What I read so you don’t have to….