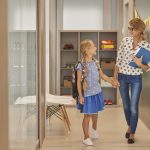 If your child has a language impairment or at risk of developing one you might well be wondering how speech and language therapy is going two work out. Especially if the SLT doesn’t speak your language. This is the first post in a series because there’s a lot to say on the topic so make sure you’re signed up to Talk Nua to get the next installment in your in-box. I’m talking here about language: vocabulary and grammar for example. I’ll cover speech sound problems another day. Deep breath now, cos this is complicated!

There are two issues here. # 1 should the intervention focus on home language only, community language only, or both? There isn’t a lot of high- quality research about this yet. However, a 2016 paper tried to synthesise the research on both bilingual and home language-only approaches to intervention to date for children aged 2-6. I’m going to share the main points with you here because it’s the most recent publication I could find. It’s also important to remember that most of the research covered is from the US or the UK. And I’m not talking about endangered languages (like Welsh or Irish) here.

The bottom line is that research and policies of a range of organisations recommend focusing on both the home languages and community languages of young bilingual children. Of the evidence that exits right now, the ultimate conclusion is that bilingual approaches to instruction produce the best language, reading, and academic outcomes. Home language intervention is important not only for improving language and literacy outcomes but also for helping young children maintain communication with their families who may speak only the home language. Several studies conducted in the US found that children in English-only early education settings demonstrated decreased rates of growth in their home language. One potential negative consequence of this decreased growth in home language at such an early age is less access to family conversations and the relationships in home environments that also foster school readiness and stronger language outcomes.

It’s part of the role of the SLT and early childhood educators to consider family needs and priorities in intervention planning. There’s emerging evidence that family communication patterns can be interrupted for both children with language impairments and those at risk when only English is targeted in language intervention and when home languages are not validated by practitioners. Limiting natural communication in a child’s home environment can affect the parent-child relationship deeply as well as affecting opportunities for communication.

Adolescents who do not speak their family’s native language have been found to engage in less conversation with their families and were more likely to feel emotionally distant. In groups of children who were already at risk for poor communication and attachment difficulties due to their disabilities, this risk of isolation and poor attachment can be made worse by professionals who are unaware of the negative consequences of advising families to drop home languages and use English. The same applies to professionals who ignore home languages during intervention. A monolingual approach to language intervention which focuses on the community language only cannot be justified. A monolingual approach supporting your home language only is a different story. I’ll post about that too another day.

There’s a growing body of evidence supporting the delivery of intervention in the home language for children at risk for and diagnosed with language impairments.

#1 Bilingual instruction with at risk children: One series of studies used a transitional bilingual model where 100% of the pre-school day was spent using Spanish in the first year, and Spanish was reduced to 70% in the second year. The largest effect sizes were found on measures of Spanish receptive vocabulary and Spanish letter-word identification in the transitional bilingual model mentioned above.

#2 Supplemental interventions with at risk children using either bilingual or home language only: These interventions used trained bilingual staff or teachers and generally consisted of specific activities for improving vocabulary, phonological awareness, and more general language skills in Spanish and English. Studies used techniques such as vocabulary bridging (learning about both languages), enhanced storybook reading with targeted vocabulary instruction in the home language, child & parent literacy instruction in the home language. As usual, each study did things differently lasting from 3 weeks to 12 months and doing intervention once a week to every day. To cut a long story short: All studies indicated that home language instruction improved the language outcomes over the control group or comparison group.

These kind of interventions, focus on training parents to prepare their children for school success. Other approaches focus on improving parent-child book reading, book making activities, asking questions that open up conversations and expanding utterances. All together, the research shows that parent involvement with book reading and systematic language stimulation techniques are effective for helping increase home and community language abilities in children who are acquiring two or more languages.

What about children who have an identified language problem?

To help children learn new vocabulary, the VOLAR teachers explicitly facilitated the child’s ability to recognise a new word, repeat it, explain its meaning, relate its meaning to existing knowledge and new knowledge and apply it to new contexts.

Both English and Spanish were alternated in a structured manner, and activities for each bilingual book were practiced in a small group lesson for four consecutive days during 9 weeks. Vocabulary and concepts were introduced in a Spanish lesson on the first day of the week and then the same words and concepts are taught in an English lesson, using the same books, materials and activities on the following day. For the remaining two days, the languages were alternated in different order each week.

On ‘Spanish days’ teachers read books such as La Caperucita Roja (Little Red Riding Hood) and teach target vocabulary (e.g. bosque and recoger). On the corresponding ‘English days’, teachers read the English version of the book and teach the target words in English (e.g. forest and gather). Within the VOLAR programme, the alternation of the two languages resulted in the allocation of half of the time to each language. While the teachers stayed in the target language for the day, the children could respond in either language to demonstrate knowledge and skills.

It’s not just about the intervention though. A range of other factors also play a part in language outcomes. They are:

So, you can see how complicated it is! Essentially, bilingual approaches to language intervention produce the best language, literacy and academic outcomes. Twenty years ago, Vera Gutierrez-Clellen reported that there’s no evidence that a bilingual approach to intervention confuses children who have language impairments or that it would make things harder for them. Twenty years ago!! The SLT does not need to speak your languages in order to provide effective language intervention- I’ll cover how that might work in another post. In the next post, I’m going to go into more specific things you can do to help your child’s language when they have an identified language problem.

Be sure and sign up to get the next installment!

What I read so you don’t have to!