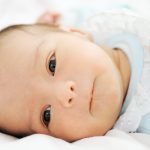 If you’re a parent of a child born prematurely you might be wondering how that might impact on language development and on becoming multilingual. I did a literature search and have chosen the most recent, good quality research I could find. It’s important to bear in mind that your experience might not fit with these studies and that doesn’t mean that there is a problem. You know your child best and if you’re worried that their speech and language development might be delayed, it’s best to check with a speech & language therapist. If you’re a multilingual family, I have two posts to help you if you encounter professionals who are not supportive of multilingual development. You can read them here and here.

The survival rate of extremely preterm babies has increased to about 80% in the last 15 years due to medical and technological advances. And infants born very pre-term (VPT, <32 weeks), with a very low birth weight (VLBW, 1500g), or both make up about 1-2% of all babies born alive.

What does the research say?

A fair amount of research has looked at the developmental achievements and risks to development of very preterm children from preschool to kindergarten, primary school, and adolescence. However, research findings have been inconsistent. Some studies found no difference between VPT/VLBW groups of children and children born at full term (FT) but other studies report large differences. Why are the findings so different? Basically because each study tends to use different methods which complicates things when trying to come to definite conclusions. The variety makes the research hard to interpret in definite ways.

One of the more commonly affected areas of development is language. Language is fundamental to both communication and also for reading and writing and academic achievement. So it’s very important to understand language problems in these children so that they can get the intervention they need on time.

One Italian study found that about 1/3rd of very preterm children (average GA of 30 +/- 30 weeks) could be described as having a language impairment at age 3 and ½. The predominant predictor of language impairment was prior history of communicative and linguistic skills as reported at 2 and ½ years. (Sansavini & colleagues 2014- I’ve put the list of articles at the end of the post). But, when it came to language, both groups of children showed a lot of individual variation in language development. The extremely low gestational age children (ELGA) showed consistent language delays relative to full-term (FT) children but their language growth rate over time was not so different from FT children until the 3rd year. The greater individual variance suggests that some ELGA children might persist in their delay, some might gradually recover, and some might fall further behind showing an atypical pattern of development later (Sansavini and colleagues 2014).

Another Italian study (Ionio and colleagues 2016) found that at 24 and 36 months of age, preterm infants had significantly lower scores for language understanding and expression than those of full term infants. This was when corrected age and uncorrected age were used to score and interpret the test results.

A study from Finland found that in the 1st two years of life, even considering their corrected age, very preterm children shower lower scores than FT children on measures of vocabulary. (Vocabulary is thought of in terms of understanding/comprehension/receptive vocabulary– usually tested by the therapist saying a word and the child pointing to the corresponding picture. Expressive vocabulary then is where the child names pictures)

In that particular Finnish study (Stolt et al, 2009- listed at the end of the post), the comprehension vocabulary size of the FT children at 9-15 months were estimated to be 1.7 times larger than the pre-term children (GA 28 +/- 2 weeks). 32 children participated in that study. Expressive vocabulary was similar between the 2 groups from 9-18 months. By 24 months, FT children knew significantly more words than their pre-term peers, suggesting that differences in expressive language between preterm and FT children become evident around the end of the 2nd year.

Another Italian study of 104 very preterm Italian children (GA 29 +/- 2 weeks) showed a widening effect as time went on. This means that the more skilled children initially (FT) grow more rapidly over time than the less skilled preterm children. They found this effect for receptive vocabulary and gesture or action production from 12-18 months and in expressive vocabulary from 18-24 months. So the pre-term children showed slower gesture and language development to begin with and the gap widened in the 12-24 months period (Sansavini and colleagues 2011- listed below). At 24 months, 20% of the preterm children were delayed in word production and 14% did not yet combine words. Male gender, a diagnosis of broncho-pulmonary dysplasia and low maternal educational level increased the risk of language delay at 24 months.

Summary for up to age 5

What about older children then?

One study from the University of Illinois found that in the absence of neurological problems, sophisticated vocabulary and grammar skills may be relatively intact in the conversation of children born prematurely. The 57 children in that study (Mahurin Smith et al 2014 in the list below) were assessed at average ages of 7, 8, and 10 and had been born at less than or equal to 32 weeks gestation of 1500g birth weight.

Finally, one paper that reviewed 12 studies of language ability in children who were very pre-term and/or very low birth weight reported that children born prematurely consistently scored at the lower end of the normal range on standardised language tests, with more pronounced differences seen in overall language skills and in particular in semantic abilities than in the grammar – both in terms of understanding and expression. (Barre et al, 2011 in the list). (Semantics has to do with word meaning- basically vocabulary). The findings to do with grammar were ambiguous.

It’s important to remember that these studies compare groups of children. So although as a group, children born prematurely are at increased risk of language impairment at school age, within those larger groups, many children do show an encouraging degree of resilience. Early outcomes may have limited predictive power for any one child. So what’s true for the group, may not be true for your child. One clear positive factor is where the child doesn’t have any neurological complications such as haemorrhage. And more studies are needed to fully understand the specific nature of language difficulties that these children have.

What about children who speak more than one language?

The children in these studies are all monolingual speakers of their respective languages. Unfortunately, research on that topic is very hard to find. But, there is research looking at children who have Down syndrome or autism or specific language impairment for example. This research shows that these children can and do become bilingual and multilingual. If your child needs two languages or more in their world, then that’s what they need. So don’t think it’s not possible for your child if they were premature. Each situation is different and depending on your circumstances, language outcome will differ. But being bring prematurely is no reason to drop a language.

There’s good news here! There is research to show that when mothers are tuned into their premature babies’ unique communication signals, can perceive things from their babies’ point of view, can regard their child as a separate person by respecting their activity and avoiding interruptions, that this mind-mindedness as it’s called, plays a stronger role in supporting expressive language abilities than it does in full term babies. (In the Costatini study listed at the end, they found that high maternal mind-mindedness at 14 months had a significant positive impact on their babies’ expressive language development at 24 and 36 months of age.) An American study with more participants found that high mutual responsiveness between mothers and their premature babies was associated with significantly better language development and marginally better motor development.

What does this mean?

You go through a lot when your baby arrives earlier than expected. And how you interact with your baby can be affected by what you’ve gone through and by seeing them in an incubator with tubes. What does it mean to be a responsive communicator with your baby? And what are the things you can say and do that will help your attachment develop and build your baby’s language? I’m going to share those tips with you in my next post so make sure to keep an eye on your inbox.

Barre, Morgan, Doyle, Anderson (2011). Language abilities in children who were very preterm and/or very low birth weight: a meta-analysis. The Journal of Paediatrics 158(5): 766-774.