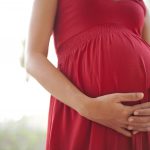 So I’ve started writing a book about how to develop all of your child’s languages when you speak two languages or more. I’m doing a lot of reading around the topic at the moment and there’s one thing about children and language development that regularly blows my mind. What’s that? It has to do with when babies start to learn language. There is a robust field of research on what’s called infant speech perception which shows that once their ears begin to function in the womb, in about the 7 month of pregnancy, babies start to learn about languages. While still on the inside, they can distinguish between sounds like a power drill, a door closing, their mother’s voice, a bell, and music. Not impressed? How about this- unborn babies can learn to recognise the telling of a particular story.

One study from the 80s had mothers read a particular story to their babies at 7 and ½ months into the pregnancy. One of the stories was the first part of Dr Seuss The Cat in the Hat. Another one was adapted from the 2nd half of The Cat in the Hat and was called The Dog in the Fog. And the third one was called The King, The Mice, and The Cheese. Mothers were asked to read one story twice a day from 7 and ½ months which meant that by the time the babies were born, they had heard the story about 67 times. Three days after they were born, the babies were found to show a preference for the story they had heard while in the womb over the other two stories. (How did the researchers work this out? They measured the sucking rates of the babies and the babies tended to suck more enthusiastically when hearing the familiar story).

Other  studies have shown that where babies were read prose passages for 6 weeks before they were born, they preferred those passages when they were born over ones they hadn’t heard before. They preferred the familiar passages even when they were read by an unfamiliar female voice. So it wasn’t just their mother’s voice they were responding to but the acoustic properties of the speech signal- the sounds, the intonation. And by monitoring  babies’ heart rates while they were still in the womb, researchers noticed that at 37 weeks of the pregnancy, the babies distinguished between familiar and new poems.

What do the findings mean? They mean that babies tune into intonation patterns of the languages they hear from their outside world environment. Intonation is like the music of language- the ups and the downs. Hearing through layers of muscle, skin, fat, and amniotic fluid is going to sound a bit like the noise from next door-the sound waves are passing through a lot before they reach the baby.

There are other amazing things babies can do after they are born and even before they’re six months old but that’s for another day! So to answer the question, when should you start reading to your baby? You can start as early as 7 and ½ months or so into your pregnancy. When they’re older, the actual way you read with them becomes important. If you’d like to know how to share books with them naturally in fun ways that build their language skills, I have an e-book that shows you just how to do that. You can get that here.

If you liked this post, please share it with your friends. And if you haven’t already, be sure to sign up to get more posts directly to your in-box every two weeks.

Let’s get talking (and reading!)