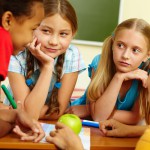 Are you worried about your child’s speech development? If so, then this post is for you. You’ll find the latest research and 5 things to do if you think your child has a speech delay.

Speech is the pronunciation of their words. If they say tat when they mean cat or Sue when they mean shoe. When children start saying their first words and putting words together, they don’t sound like adults. There’s a process of development that they have to go through to get to adult speech. While their speech is developing, they’ll do things like leave off the last sound in the word so boat becomes bo. They’ll leave out sounds in words like spoon and say boon instead. I’m not talking about stuttering. I’ll cover that in a later post so be sure to sign up to get that in your inbox.

It’s also normal to not understand everything your child says to you.  How much should you be able to understand?

Here are the numbers:

At 18 months, you can expect to understand about 25% of what they say.

This is only a rough guide so don’t panic if this doesn’t fit for you.

The percentages are slightly different for when your child is talking with people who don’t know them very well.

So for unfamiliar listeners, here’s how it goes:

By 3 years, unfamiliar people should be able to understand about 50% of what your child says.

And by 4 years, even though your child may not yet have totally adult speech, most of what they say should be understandable. If it’s less than 2/3rds of what they say at this age, they need to see a speech and language therapist.

So how do you know if your child has a speech problem?

• If between the ages of 24 to 36 months, they produce speech that is unclear, even to familiar people.

However, it’s important to remember that children vary quite a lot in their speech development.

What puts your child at risk for having a speech problem?

Sharynne McLeod and Elise Baker review the research on the risks in their book Children’s Speech. Now, although your child may tick several of the risk boxes, that doesn’t mean that they’ll have a speech sound problem. Some children who are mispronouncing words will grow out of it but at least half will need speech and language therapy.

There are lots of conflicting findings and gaps in the research but clear risk factors for speech sound disorders are being a boy, having on-going hearing problems, and having a family history of speech and language problems.

1. Not babbling or being late to babble. Babies generally produce strings of consonants and vowels at about 7 months or so. It sounds close to real words. And before 12 months, they should be babbling at least some of the time. You can listen to the different kinds of babble here: www.vocaldevelopment.com

3. Leaving out the first consonant in words isn’t typical if your child’s 1st language is English. So saying up when they mean cup.

4. If your child has few consonants and/or vowels.

6. If they continue to leave out the last sound in a word at age 3 years. Typically, this goes away between 2 years 10 months to 3 years 3 months. If it persists, it might be sign of a speech problem.

7. Persistent, mild speech difficulties after age 6 years and 9 months of age are associated with difficulties learning to read and write.

8. If your child has an intellectual/learning disability, they’re more likely to have speech sound errors.

What can you do? Here are 5 Tips for Helping Your Child’s Speech

1. Trust your instinct and if you’re concerned then contact your local services. Children speech sound disorders make up a high proportion of the children on speech and language pathologists’ caseloads. Speech sound problems are common with studies indicating a range of 1.06% to 20.5% of children having a speech sound problem.

2. Be a good model of speech for your child. This means talking aloud about what you’re doing as you’re doing it. Describing what your child is doing. Using a slow rate of speech yourself. Turning off any distracting background noises like the TV when you’re having a conversation with your child. You can find more ideas here in this quick video on Talk Nua’s YouTube channel: https://www.youtube.com/watch?v=5e5ShcL4YnQ

3. Don’t correct their pronunciation. Young children often think that you have the listening problem so correcting them won’t make sense to them. Correcting them may only frustrate them or cause unnecessary awareness. Just repeat the word correctly after them once. No need to emphasise the pronunciation because this distorts the word. You can find more ideas here in this video https://www.youtube.com/watch?v=ptEATK9XIg4

4. You could write down the words they say and how they say them and bring this along to your appointment. Or give it to their teachers or child minders if they’re having trouble being understood there.

It’s a measure of how your child’s speech is understood by a range of people like parents, immediate family, extended family, friends, acquaintances, teachers, and strangers. And bring it along to your appointment too. It’s a good idea for both parents to fill it out and your child’s teacher too as people can have different perceptions.